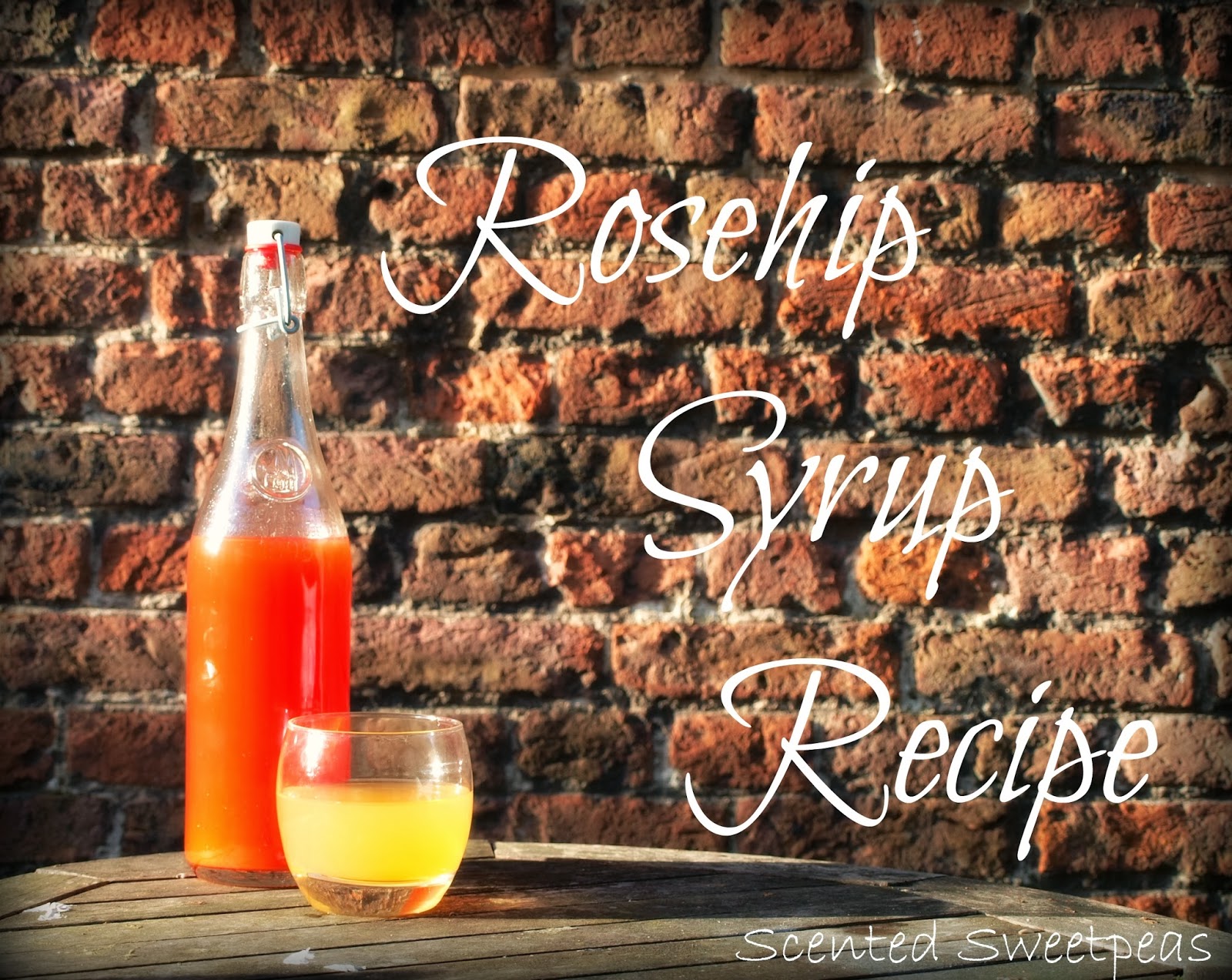 Last year the children and I decided to try and make some Rosehip Syrup to see what it tasted like.  I had heard how good it was for vitamin C and thought it would be good to try during the winter months.   The best time to harvest rosehips is just after the first frost ...... there are still lots of rosehips out there to forage now though.

We popped down to the local nature reserve where there were lots of rosehips and had great fun collecting them.  It was lovely to get out in the winter sunshine and re-charge our batteries whilst also chatting to people who stopped to chat to us about what we were doing.  One gentleman in particular told us how he used to collect rosehips when he was a child and get paid per lb for them.  They were then sent off to London to be processed.  My Nan also told me that just after the war she collected them with her friends at school as a school activity and that they were made into syrup to feed to newborn babies to boost their vitamin C intake. 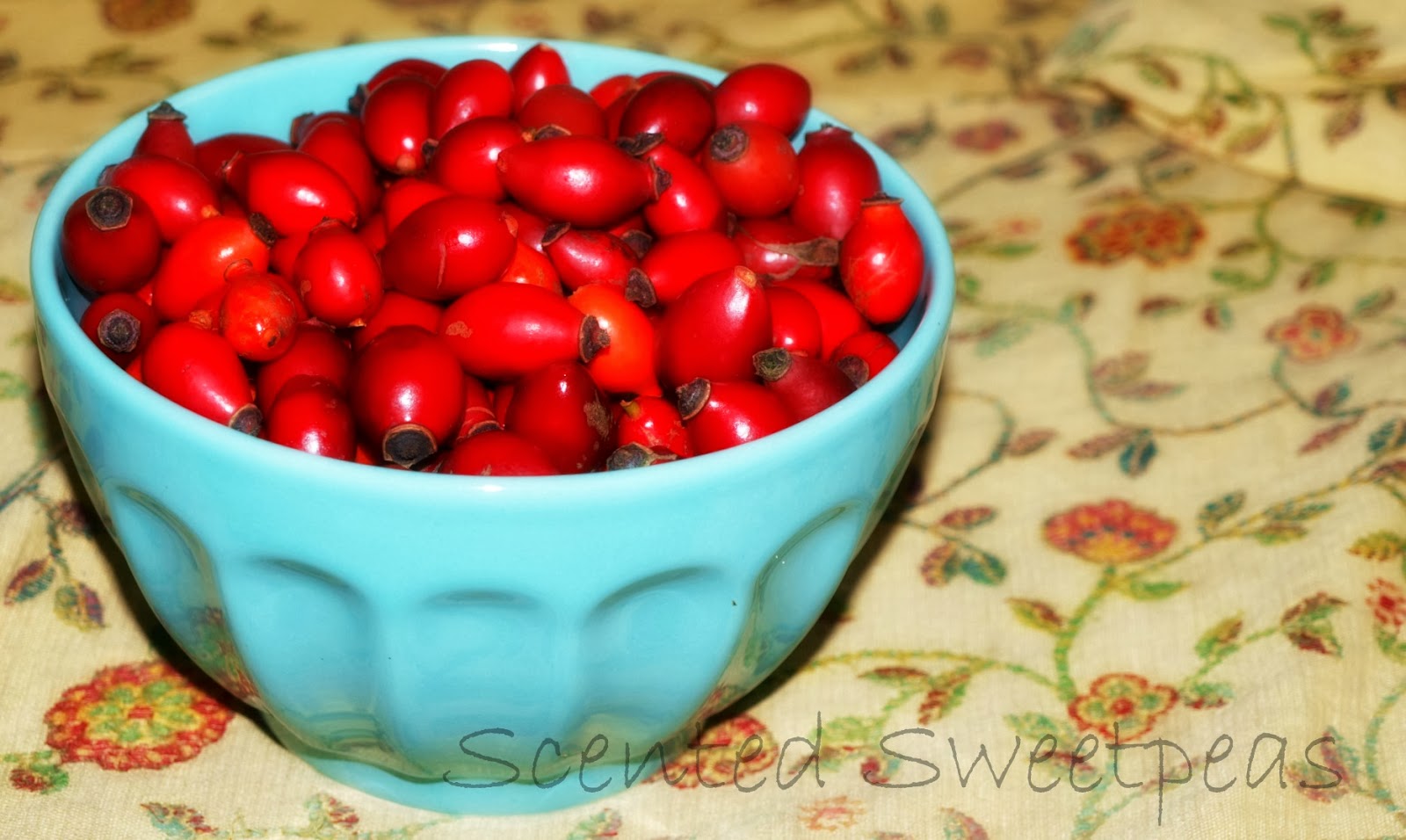 After collecting a bag full of rosehips we took them home, washed them and removed the stalks. Here is the recipe we followed from the fantastic book River Cottage Handbook No2 .

Take 500g of Rosehips and add them to mince them in a food processor.

Bring 800ml of water to the boil in a pan and add the Rosehip paste to the water.  Cover the pan and bring it back to the boil.  Take off the heat and leave to stand for 15 mins.  Now pour this through a jelly bag (or a piece of muslin) and hang above the bowl for an hour or more.  Pop this to one side.

Bring to the boil another 800ml of water.  Add the pulp from the jelly bag to this water and repeat the above boiling process.  This time pour through the jelly bag and leave overnight to strain.  The next morning combine both liquids, you don't need the pulp anymore so pop this in your garden or compost bin.  You should have about 1 ltr of juice , pour this in a pan and then add 650g of sugar and bring to the boil.  Stir until sugar in completely dissolved.  Boil for 2 -3 mins then pour into small, sterilised bottles, secure with a screw top.  Use within 4 months.  I say pour into small bottles as this does go off very quickly after it is opened.

We were not really sure of the taste, it is nice but very sickly and does taste a bit like rhubarb.  The children weren't too keen on it, it was however great fun to make.
Posted by Scented Sweetpeas at 14:15 4 comments:

Scented Sweetpeas
Here you will find the ramblings of an arty eco person who enjoys nothing more than crafting and being in her veg patch. I am a mum of 3 children and live in Cambs UK I hope you enjoy your visit to my little blog.

This is a Flickr badge showing public photos and videos from Scentedsweetpeas. Make your own badge here.